A DUI conviction can have devastating consequences on your life. The mistake people often make is underestimating the severity of California DUI penalties until it’s too late. Driving after drinking too much in San Jose, or driving under the influence of drugs, can cause havoc on your life well beyond the immediate fines and other related expenses. Consider these consequences:

Yelp Reviews
The highest rated and most reviewed DUI and criminal defense firm in Los Angeles
Mr. Levin is an excellent attorney. The level of professionalism of himself and his staff is incomparable to others in the area and I highly recommend him.

Amanda M.
I have so much gratitude for Hart Levin and his team. Getting arrested was terrifying and I thought my life was over. I literally had a panic attack. They arrested me for DUI and possession of narcotics...

Pearl O.
Couldn't be happier with the outcome of my case with the help of Hart Levin. I was looking at a very serious charge of felony DUI in a very tough courthouse and the DA wanted years in prison. After talking to Hart, he told me that there was no way he would let me go to prison. He worked his magic and got the best possible outcome. Not only did I not go to prison, I only had to spend 2 days in county jail, pay a couple extremely low fines and attend a 9 month alcohol program. He kept me up to date every step of way in my case and answered all my questions promptly. Hart truly cares for his clients and will fight hard to get the best possible outcome. If you are having trouble deciding on an attorney, look no further and give Hart Levin a call. You won't regret it.

Attorney Hart Levin started in the District Attorney’s Office, where he prosecuted thousands of criminal cases, including more than 3,000 DUIs. He left the D.A.’s office years ago to lead what is now recognized as the best DUI defense law firm in California. Hart and his associates have 70 years of combined experience successfully defending clients from serious felony charges and from DUIs that could destroy their lives. The Law Offices of Hart J. Levin has been ranked as the number one DUI firm and highest in client satisfaction. The Law Offices of Hart J. Levin continues to achieve among the highest number of DUI dismissals and reduced charges.

We aggressively Defend your Driver’s License

94% of Clients Receive No Jail Time

We aggressively Defend your Driver’s License 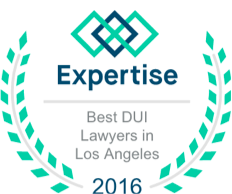 DUI IN SAN JOSE? WHAT HAPPENS NEXT

If you are charged with your first California DUI, then you need to know what happens next. As we covered earlier in this blog post, you only have 10 days to demand an administrative hearing at the DMV to challenge your automatic license suspension. Unless you get help from an expert DUI defense lawyer, the negative consequences can accumulate quickly. We will request the hearing on your behalf so you don’t have to navigate a complex DMV system.

(A fourth or subsequent DUI brings even more severe penalties resulting in potentially years in prison.)

While the penalties outlined above apply to what we might refer to as “standard” DUI charges,  the law imposes higher penalties on people convicted in DUI cases involving aggravating circumstances.

With the right legal representation, even aggravated DUI charges can be fought to minimize the impact on a defendant’s life. While a longer DUI education program may be required, an exceptional DUI defense lawyer can persuade the prosecutor to amend the charge to reckless driving involving alcohol, known as a “wet reckless.” The primary goal at the Law Offices of Hart J. Levin is to beat the DUI charge entirely, or when necessary, to minimize any negative consequences for our client.

Many DUI arrests are made after simple, uneventful traffic stops. But cases involving accidents, high breathalyzer readings, a refusal, or the risk of injury to children are punishable by enhanced penalties. Here is how aggravating circumstances can increase the severity of your charges and the sentence you can face if convicted:

If a driver’s DUI case involves an accident in which someone other than the driver was injured, the prosecutor can file either a misdemeanor or felony DUI charge. The prosecutor will base their decision on the defendant’s previous criminal record, the seriousness of the injuries, and the defendant’s associated conduct during the DUI.

For example, did the DUI defendant drive at a high rate of speed prior to the accident? Did the defendant pass through traffic controls, red lights, or stop signs?

Children in Vehicle During DUI

Another aggravating circumstance involves a defendant who is charged with DUI while a child under 14 years of age is in the vehicle. The risk of injury or death to a child is why this charge carries a mandatory 48 hours in jail for a first offense and even longer jail for repeat DUI offenders.

Members of the armed services who get convicted of DUI suffer additional sanctions by military authorities. Depending on the circumstances, additional sanctions could include added duties, base restrictions, or court martial when serious injuries or death are involved.

Professionals who hold licenses to practice medicine, nursing, or other healthcare services face suspension or revocation of state licenses if the licensing board believes the DUI demonstrates the person poses a danger to patients.

Although a “standard” DUI does not usually result in deportation, any aggravated DUI involving an injury to another person could be considered a “crime of moral turpitude” and trigger removal proceedings or a denial of pending visa extensions.

Just as medical professionals face licensing sanctions, the California Bar is responsible for safeguarding the public from incompetent legal practitioners. An alcohol or chemical dependency that comes to light through a DUI conviction can result in lengthy suspensions of an attorney’s ability to practice law.

TIME IS OF THE ESSENCE IN DUI DEFENSE

The DMV administrative hearing can be a valuable opportunity to test the evidence contained in the arresting officer’s reports and to cross-examine the officer. Successfully challenging the DMV suspension will strongly influence a prosecutor’s decision about whether to proceed with the prosecution, dismiss the charge, or negotiate a very favorable alternative disposition.

The best opportunity to win a DUI case is before it ever reaches the trial stage. With a thorough analysis of the facts surrounding the traffic stop, the interaction between the driver and the officer, the field sobriety testing process, and the breathalyzer test, Attorney Levin and his associates identify flaws in the State’s evidence that can make the prosecution’s job very difficult.

Prosecutors dread losing at trial. They also hate wasting time on a case that will be too risky to take to trial. When a skilled DUI defense lawyer with a reputation for winning represents a client in a defensible case, prosecutors want to move that case off their desk. One of the most important skills any lawyer can possess is the ability to identify facts that raise legal issues and then leverage those facts to negotiate a disposition providing the greatest benefit for their client.

If you hire the right DUI defense attorney, they will file motions in advance of the trial seeking to limit the evidence the prosecution can use against you if the case goes to trial. When the police execute a traffic stop, when they ask someone to perform field sobriety tests, and when they arrest a driver for suspicion of DUI, they must comply with very specific legal standards.

After a defendant is charged with DUI, the prosecution must share with the defense all the evidence the State of California plans to use against the defendant at trial. Skilled DUI defense lawyers study every sentence in the police report and examine the evidence supporting each allegation. Using years of courtroom experience and legal expertise, the best DUI lawyers can often find several significant police errors and unsubstantiated conclusions.

Hire The Top Attorney
Hire the top attorney. In a sea of attorneys making false promises to desperately get your business, it can be difficult to choose the right attorney for you. We do not make promises about outcomes. Our results speak for themselves.

See what our past clients have had to say. We are honored to have received several awards since our firm began, including:

Will I get jail time?

In most cases, defendants facing their first DUI charge do not receive a jail sentence. Only cases involving aggravating circumstances run a genuine risk of some jail. The lawyer you choose to represent you will make all the difference.

Can I drive after a DUI in California?

Yes, in most cases. Most drivers convicted of DUI can apply for restricted driving privileges limited to vehicles equipped with an Ignition Interlock Device (IID) or a hardship license restricting them to drive only to work, school, and religious services. If you are accused of a “refusal,” you risk losing your license for at least one full year without the possibility of driving to work.

How long will a CA DUI stay on my record?

A California DUI conviction will remain on your record forever unless your attorney removes it. An experienced DUI defense lawyer can help you get the record expungement or sealed so you do not have to disclose any convictions when asked on an application or job interview.

Can you get a DUI dismissed?

The lawyers at the Law Offices of Hart J. Levin have one of the highest DUI dismissal rates in California. A mastery of the law of DUI and attention to the details of each case enabled our skilled lawyers to find the fatal flaws in many DUI prosecutions.

How do I choose a DUI lawyer?

Research the DUI lawyers who have earned the highest client satisfaction rates, and who have repeatedly been recognized as the best DUI defense law firm. Hart J. Levin and his expert team have earned the highest possible ratings including: AVVO Clients’ Choice winner from 2012-2022, named SuperLawyer 2014-2022, rated the number one firm by the Law Firm 500, and an attorney ranking of 10 out of 10 (AVVO), year after year.

Send us a Message